“Can we lie?” — The followup discussion 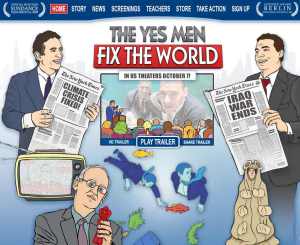 “Can we lie?” was a question a student asked during a class discussion on interviewing a few weeks ago.

Two issues helped me decide how to respond:

First was timing. As often happens in teaching, we had a lot to “cover” in the class time. The students would be starting their own interviewing soon, and I needed to talk more about the mechanics and logistics issues and not the philosophical and ethical (which are just as important if not moreso) issues of interviewing.

Second was the setting. This is a large auditorium class. Although I knew the student on sight, I didn’t know him or his name. He’s participated in class discussion before — in a positive way — but we didn’t have a rapport.

So my response and the limited class discussion was brief. “No, in the media profession, you shouldn’t lie.”

And when I asked the class why they shouldn’t lie, their answers were also limited — “You’d get in trouble.” “You’d get fired.”

But I knew this issue merited more than the 1-minute response, and I did want to talk with the student individually. Several of you have asked me what happened with the student.

I’ve been waiting for my opportunity to talk with him. In a big class, it can be challenging to talk with an individual student without creating unneeded attention. He typically arrived right as class was starting or slightly after class started, so I hadn’t been able to talk with him. The other day, he stayed after class to ask me about an assignment, and I took the opportunity to ask him about his remark about lying and what his perspective was when he asked that.

He, too, remembered that discussion. He cited The Yes Men as influencing his perspective.

Here was a popular culture gap, as I didn’t know The Yes Men. But I got the concept — people who got away with lying to the media. We agreed the honesty issue would be a good topic to discuss in class when we get to the chapter in the text later in the semester on media ethics.

After that conversation, I decided I’d better find out about The Yes Men. In case you aren’t familiar with them, they are Andy Bichlbaum and Mike Bonanno, and they take on the corporate world and the media world by posing as people and making statements that gain often international attention and headlines — presenting lies that are reported as the truth. The movie/documentary on their lying is “The Yes Men Fix the World.”

The student’s observation was that often those who are supposed to discern the truth — from reporters to stockholders — can’t tell the truth from a hoax.

That is so true and worth more class time for discussion. But now I know his perspective as a provoker of thinking and not just a provoker. I look forward to our class discussion.